Posted on September 4, 2010 by Elizabeth 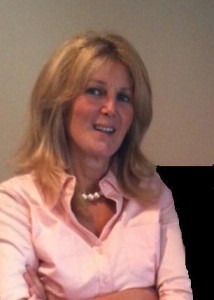 Some people think of forgiveness as nothing more than a social gesture that makes things run smoothly, like saying “please” and “thank-you” — mannerly but of no real effect.

Others see it as the choice of appeasers and cowards too weak to take real action to get even.

But both are wrong. Forgiveness has unequaled power to dissolve stress and by so doing, it unleashes the power of the intelligence to literally heal minds and bodies.

As for being the easy way out, the truth is that sometimes it requires all the courage (in the true sense of “heart”) that we can muster.

The following account illustrates the need for courage to forgive, and the corresponding peace and healing that can follow.

Jan Graf once worked with a very frail man whose terminal illness that had not responded to medical treatment. Having outlasted his doctors’ prognosis, he appeared to be living on borrowed time

The Stress Evaluation revealed that someone had deeply offended this man fifteen years earlier.  Graf asked, “ Can you think of anyone who offended you fifteen years ago?”

At first the man drew a blank, but then it dawned on him. “Oh yeah. How could I forget him?”  When told that he needed to forgive this person, the man replied, “I know I do, and someday I might, but I’m not about to forgive him today.”

(Note that although the client’s own intelligence indicated that he would benefit by forgiving, he stubbornly refused to because he felt like he was getting even with the other man by hanging onto the resentment — “that guy didn’t deserve to be forgiven.” In reality, that man was completely unaffected by the client’s hard feelings whereas the client was near death from the negative energy involved.)

Graf pointed out that at the rate his health was deteriorating, he didn’t have many “somedays” left.  The client countered that given the way he felt about the other man, it wouldn’t be real forgiveness anyway, just insincere lip service.  He then told the story: a friend persuaded him to invest in a deal which would yield a fantastic return.  Against his wife’s better judgment, he borrowed several hundred thousand dollars by mortgaging his home and his business.  But when it came time for the fantastic return, the friend told him that the deal hadn’t worked out and the money had been lost.

The bank subsequently foreclosed on the client’s house and business, and he declared bankruptcy.  His wife took the kids and moved in with her parents.  In despair, he became inappropriately involved with another woman and was excommunicated from his church.  Thanks to this friend,  he lost every single thing of value to him.  “And you ask me to forgive him?,” he demanded incredulously?

Graf suggested he do it anyway, reminding him that his intelligence indicated the need to do so.  At length, the client agreed to perform the “lip service” and began stammering out, “I forgive…,” but was unable to get the words out due to his pent up anger.  “I can’t do it.  I can’t even say it.”

“Try it from the heart now, “ Graf counseled him.  At this point, the man began sobbing for nearly ten minutes, then finally said, “I forgive ‘Stan’ for causing me to lose my family, my home, my business, my church membership, my money, and his friendship.”

Graf reminded him to forgive himself, too, for his role in the matter.  As the man finished forgiving, he felt a tremendous weight lift off his body.  He had no idea he’d been carrying such a heavy burden.  Graf suggested that he ask his family to forgive him, and if possible, ask the friend in question to forgive him as well for the bitterness he’d carried all these years.

Graf further suggested that the client consider returning to his church and finding the Lord, whom he also needed to forgive since he blamed Him for allowing this terrible thing to happen.

After working through many other stresses in his life, the client left and Graf’s receptionist asked him whether or not he thought the client would recover.  Graf didn’t know–it was up to the client–but even if not, the man would be much more at peace when he met his maker.

Three years passed and one day the receptionist noticed that the same client was coming back in.  Graf envisioned a weak, skeletal man on a gurney, barely alive, but was instead shocked to see a healthy man walk into his office.  The client informed Graf that he’d made a complete recovery within six months of the visit and was returning only to thank him and to find out whom else he needed to forgive because his shoulder had been hurting for a month.  The man returned several more times over the years, always marveling how good life is and that he is alive to enjoy it because of forgiveness.

As Graf explains, “I do not share this story to suggest that I can heal any health problem, for I certainly cannot.  However, this man was able to heal himself when he no longer needed the disease to [manifest] his anger or to punish himself.”

This is the power of forgiveness.

Elizabeth Richardson, in Rockville, Maryland, has been certified to practice Graf Stress Management since 1991. In addition, she holds a B.A. in Economics and an M.S. in Operations Research and formerly worked for the Congressional Budget Office doing econometric modeling.
View all posts by Elizabeth →
This entry was posted in Uncategorized and tagged forgiveness allows mental healing, forgiveness allows physical healing, forgiveness heals. Bookmark the permalink.