12. The Technical Steps of Forgiveness 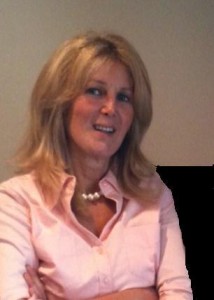 “I’ll never forgive her.”  “It’s going to take a lot before I forgive him.”  “It’s too soon for me to forgive.”  Statements such as these are evidence of thewe widespread misunderstanding about forgiveness — a misunderstanding that hurts us.  A common misconception is that forgiveness requires enough time to pass for us to become “ok” with what happened.  Or that amends must be made by the offender before forgiveness has been earned.  We mistakenly regard forgiveness as a justice process where accounts get settled between the offender and the offended.

But insights from the clinical practice of Graf Stress Management provide an altogether different view of the nature, process, and purpose of forgiveness.  First and foremost is the recognition that forgiveness benefits us.  We generally think of it as being the other way around, that it’s something we do for the sake of those who have wronged us.  There is some truth to that inasmuch as most people want to be forgiven for their wrongdoing.  But from the standpoint of taking care of stress, the main benefit is for us.

The fact is, grudges we hold have no impact whatsoever on those against whom we hold them.  Nor do they remedy the original offense, despite the illusion that we are “getting even” by thinking ill of the person who caused it.  Moreover, the Stress Evaluation consistently demonstrates that failure to forgive is a more significant stress than the offense itself, sometimes with devastating results.  (Additional discussion of forgiveness is found in 11. Forgiveness: The Most Effective Way to Handle Stress.)

These simple steps have been shown in thousands of clients to have extraordinary effect in managing stress and securing peace of mind, health, and well-being.

Elizabeth Richardson, in Rockville, Maryland, has been certified to practice Graf Stress Management since 1991. In addition, she holds a B.A. in Economics and an M.S. in Operations Research and formerly worked for the Congressional Budget Office doing econometric modeling.
View all posts by Elizabeth →
This entry was posted in Uncategorized and tagged forgiveness and stress, forgiveness helps us, how to forgive, process of forgiveness, steps of forgiveness. Bookmark the permalink.